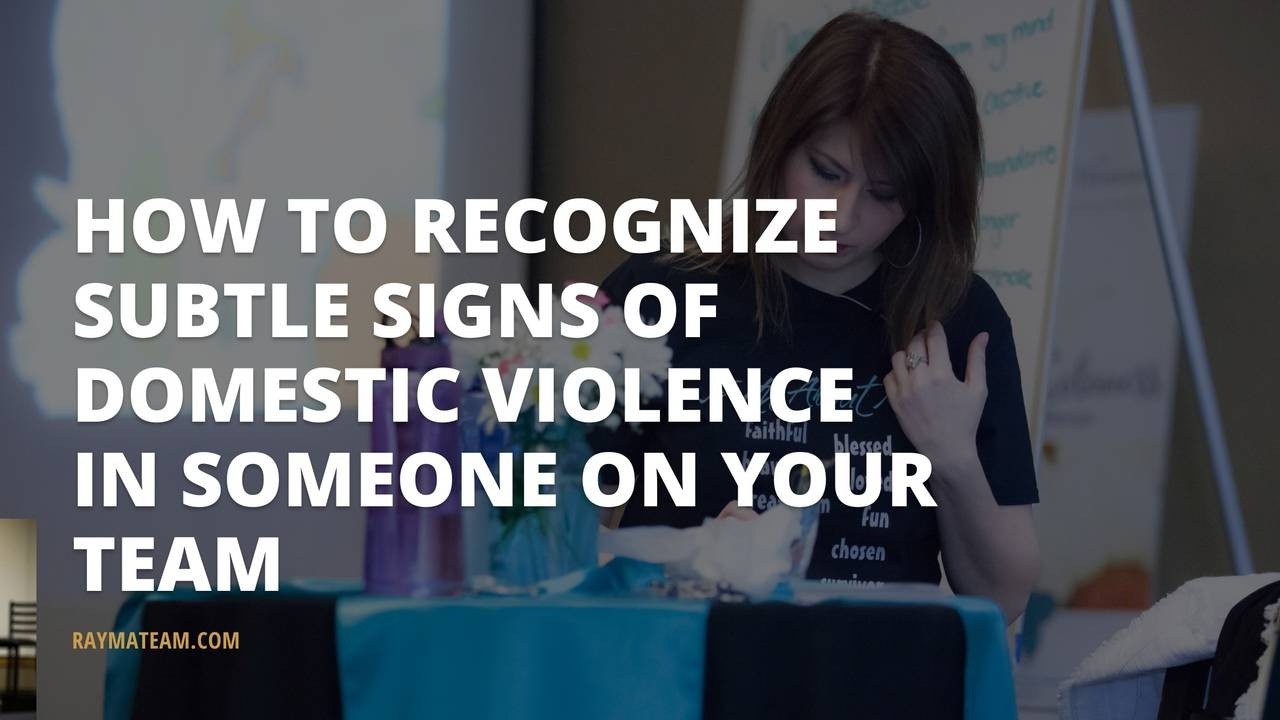 October is Domestic Violence Awareness Month. Domestic violence is a topic that hits close to home for so many of us. Including myself. Let's talk about some of the subtle signs of domestic violence in someone on your team.

If we've never met before, I'm Raychel Perman and I'm the Co-Founder RAYMA Team and the Co-Creator of RAYMA Foundations™. We're on a mission to revolutionize how leadership development is done.

Chances are you know someone right now in an abusive relationship  and you just can’t see past the painted surface to the evil underneath.  When it comes to domestic violence there are lots of scars you can’t see. Abuse is often hidden in plain sight. Many abusive relationships look happy marriages from the outside. Or, even like the couple is working to overcome their differences.

So, to help spread domestic violence awareness, foster healing for survivors, and create a safe place for hard conversations in the office, let’s start talking about it.

Here are the numbers on domestic violence in America:

Believe in or not, Domestic violence has far-reaching consequences for your company and the economy!

If the abuser controls the money supply, they cut off the resources for anyone to leave.  It is because of this that many women and children who escape abusive relationships end up homeless. Domestic violence is the third leading cause of homelessness among families.

Because MOST of these people will never report their abusers or involve the police we need to create safe spaces for them to build the resources, finances, and strength to leave. Honestly, the reasons people don't leave are as varied as the people involved. But some major themes play into many cases where someone declines to report it and/or stays with their abuser:

Bottom line... If someone on your team is a victim of domestic violence, you could be their life line if you recognize the subtle signs that show up at the office. IF you see something, say something. Offer to listen and believe them when they tell you something. As leaders we can make a difference in these numbers if we remain aware that domestic violence is happening all around us.